Home » Blog » Feminists against the Bo-tax?

Posted by Eye Doctors of Washington in Cosmetic 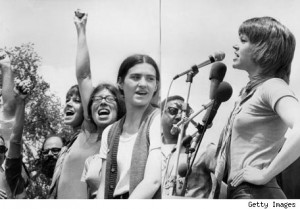 Obama’s health care reform bill may now include what has been dubbed the Bo-tax, a 5% surcharge on all elective cosmetic procedures, in order to offset the cost of health care reform. The American Society of Plastic Surgeons argues that the Bo-tax may have been designed to tax the upper echelon of society who has disposable income for cosmetic surgery, but 60% of those who actually seek cosmetic treatments make between $30,000 and $60,000 annually, and 90% of them are women.

While it’s not surprising that plastic surgeons oppose this tax, what is surprising is that the resolute feminist group, NOW (National Organization of Women), opposes this tax. NOW, which hosts an annual “Love Your Body Day” to promote natural, un-enhanced feminine beauty, opposes this bill because, it claims, it places a heavier tax burden on middle-class women. NOW says that older women are competing in the workplace and is encouraging them to seek cosmetic treatments so that they won’t be looked over by a potential employer.