Home » Blog » With all the snow, will I get snow blindness?

With all the snow, will I get snow blindness?

Snow blindness, or ultraviolet keratitis, is essentially sunburn on the cornea that is caused by UV light that reflects off of snow or ice. It can also be caused by reflection of sunlight by sand and water, but the intensity is usually far less significant tha 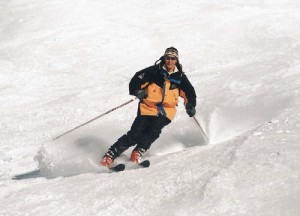 n with the glare from snow. Infrequently, snow blindness can be caused by tanning beds and directly observing a solar eclipse. Snow blindness can cause eyes to become bloodshot, watery, gritty, and swollen, and symptoms usually begin 6-12 hours after exposure.

The best way to treat mild snow blindness is by going in a dark room and placing cold compresses on the eyes. Bandages can be placed over the eyes and exposure to UV rays should be eliminated until the eyes heal. Minimizing eye movement also decreases pain. Remove contacts from eyes affected by snow blindness and avoid rubbing the eyes. Symptoms usually subside within 24-48 hours, except in extreme cases.

The best way to prevent snow blindness is to wear dark sunglasses, and it’s best if they wrap around the sides of your eyes to prevent an indirect exposure to UV rays. Be sure to wear sunglasses even when it is cloudy because UV rays still penetrate the cloud line. Snow blindness is most likely to occur in the polar regions and at very high altitudes because UV rays are more intense there.