Glaucoma, a condition related to high pressure inside the eyes, can cause damage to the optic nerve, the nerve that connects the eye to the brain.  When the optic nerve is damaged, a person can lose vision, typically side (or peripheral) vision first, but a person could ultimately lose all vision in the affected eye or eyes.

Glaucoma affects more than 2 million people in the United States. It is more common as people age, and as the general U.S. population ages, glaucoma diagnoses are expected to increase. Besides age, there are other risk factors associated with glaucoma, including a family history of glaucoma, nearsightedness, and being of non-Caucasian descent.

A recent study published in the journal Ophthalmology has clarified some other risk factors associated with glaucoma.  The research involved a review of medical billing records for over 2 million people aged 40 and older who had visited with an eye doctor between 2001 and 2007.  The study found that people with diabetes had a 35 percent increase in their risk for developing glaucoma; people with high blood pressure had a 17 percent increased risk; and, people with both diabetes and hypertension had a 48 percent increased risk of developing glaucoma compared with the average population.

Having diabetes and/or hypertension increases the risk for other eye problems such as cataracts or retina damage, too.  This study supports the importance of regular eye exams for patients with risk factors for the development of ocular disease, including diabetes and hypertension.

Citation: The Relationship Between Components of Metabolic Syndrome and Open-Angle Glaucoma. Ophthalmology, 2011 July. 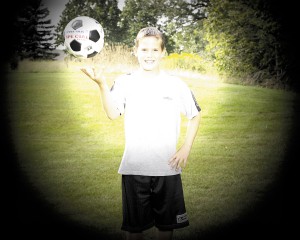