Home » Blog » How Can I Prevent Glaucoma?

How Can I Prevent Glaucoma?

Posted by Eye Doctors of Washington in Glaucoma 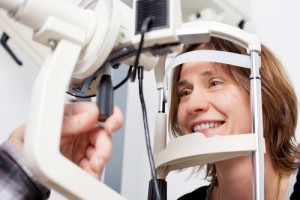 According to the World Health Organization, glaucoma is the second leading cause of blindness in people around the world. Although the eye disease is most prevalent in older individuals, it can afflict anyone. With little to no symptoms, glaucoma is considered “the sneak thief of sight,” as it can cause permanent vision loss without much warning. This is because peripheral (side) vision is typically the first to be affected, causing many sufferers to not realize their sight is declining in the beginning stages.

The best way to prevent glaucoma is to catch it as early as possible by undergoing regular comprehensive eye exams. In general, you should get checked:

Additionally, it is important for those at a higher risk for developing the disease to get checked every one to two years after the age of 35.

As part of National Glaucoma Awareness Month, we encourage you to schedule your routine eye check-up to protect your eyesight and ensure you are not developing any potential problems.