UV Safety Month: How to Know if Your Sunglasses Are Protecting You

Everything You Need to Know About UV Protection in Sunglasses Choosing the right sunglasses can be overwhelming. In addition to finding a pair that looks great, your sunglasses should also protect your eyes from harmful UV rays. Are you wearing the right Sunglasses? The experts at Eye Doctors of Washington share everything you need to… Read More 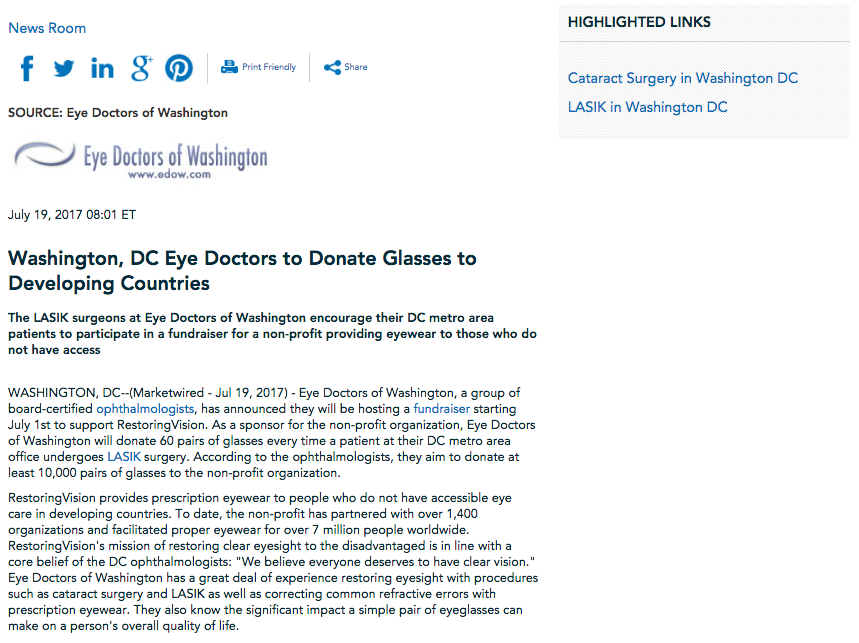 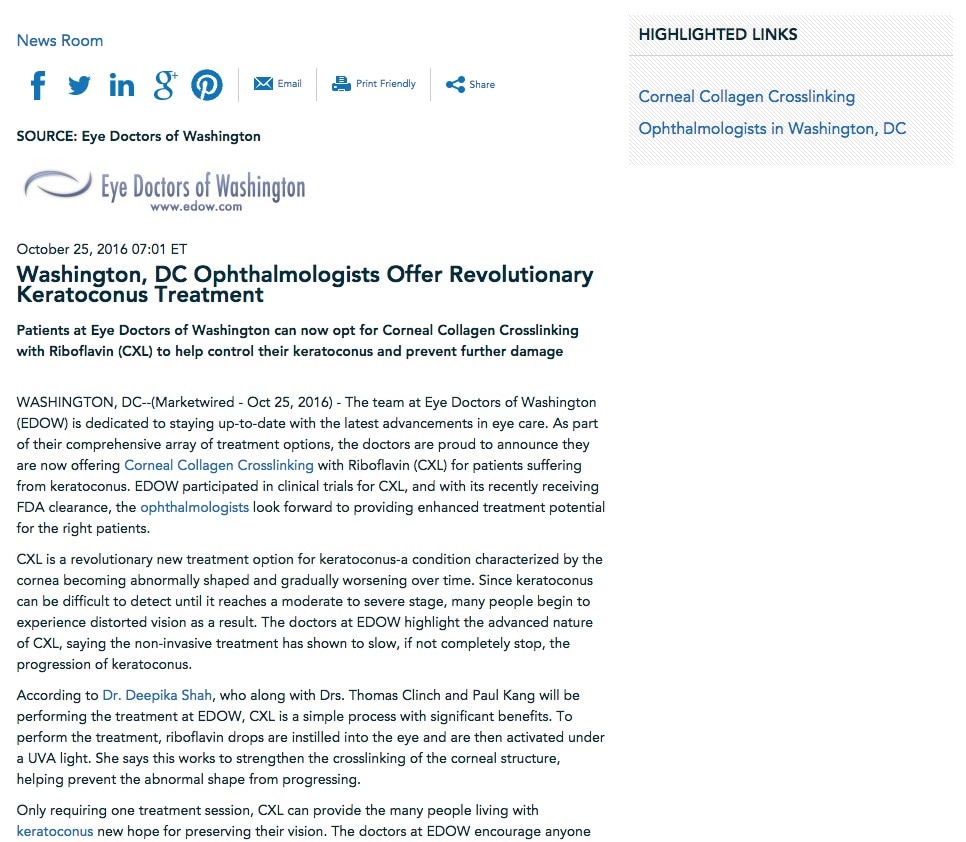 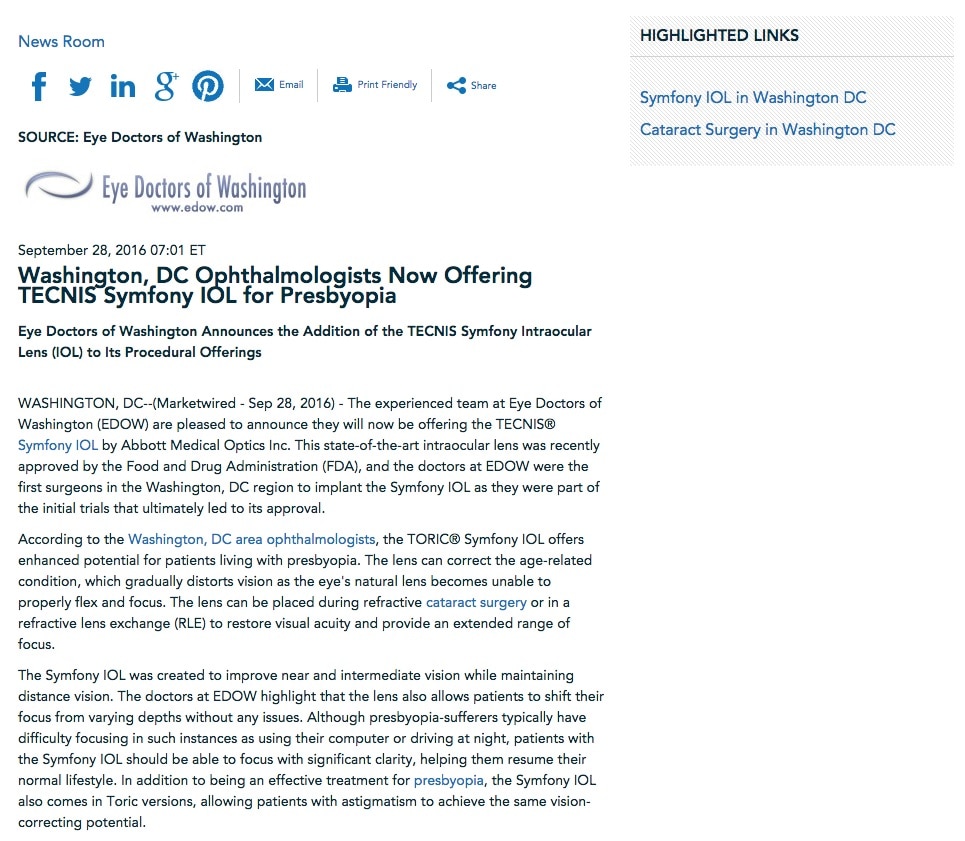 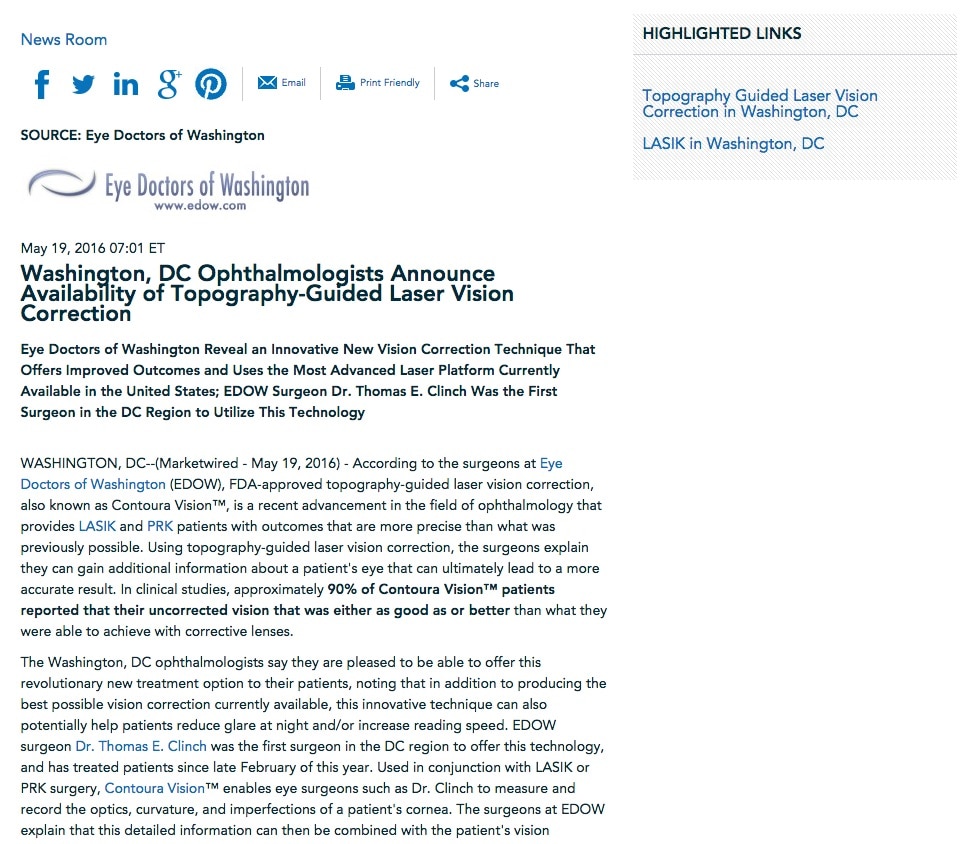 Eye Doctors of Washington reveal an innovative new vision correction technique that offers improved outcomes and uses the most advanced laser platform currently available in the United States; EDOW surgeon Dr. Thomas E. Clinch was the first surgeon in the DC region to utilize this technology. Washington, DC — According to the surgeons at Eye… Read More 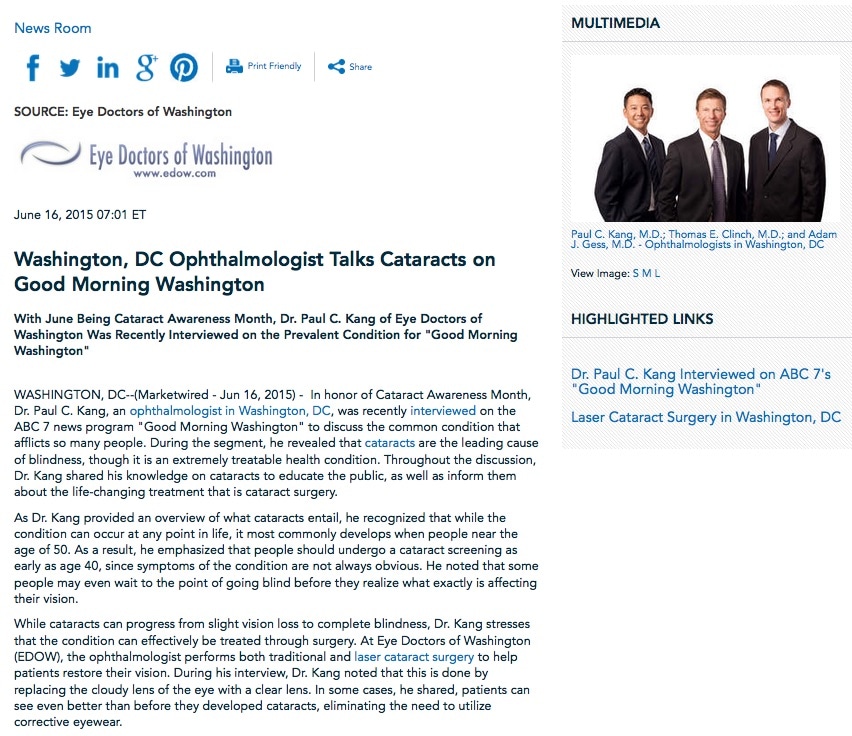 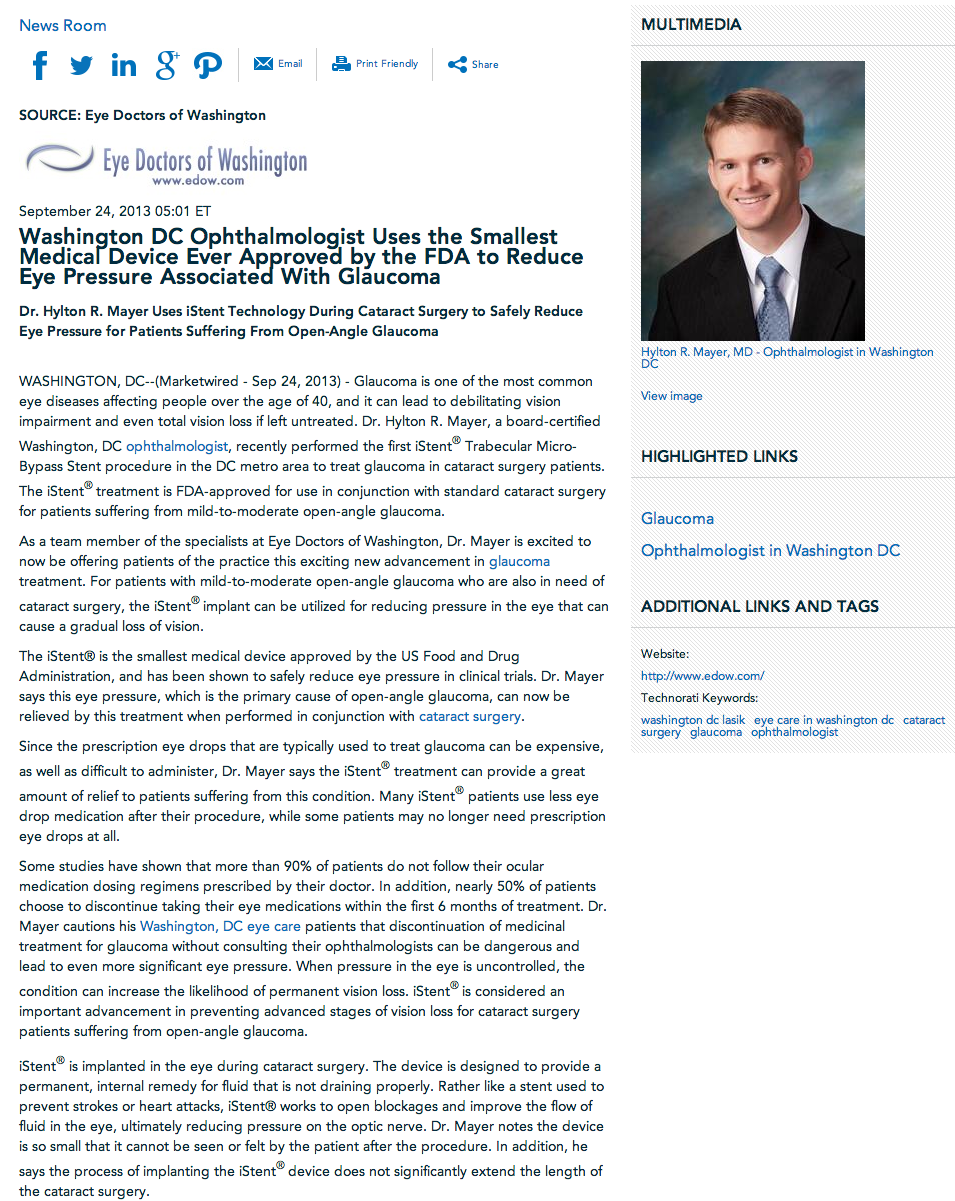 Dr. Hylton R. Mayer uses iStent® technology during cataract surgery to safely reduce eye pressure for patients suffering from open-angle glaucoma. Washington DC – Glaucoma is one of the most common eye diseases affecting people over the age of 40, and it can lead to debilitating vision impairment and even total vision loss if left… Read More 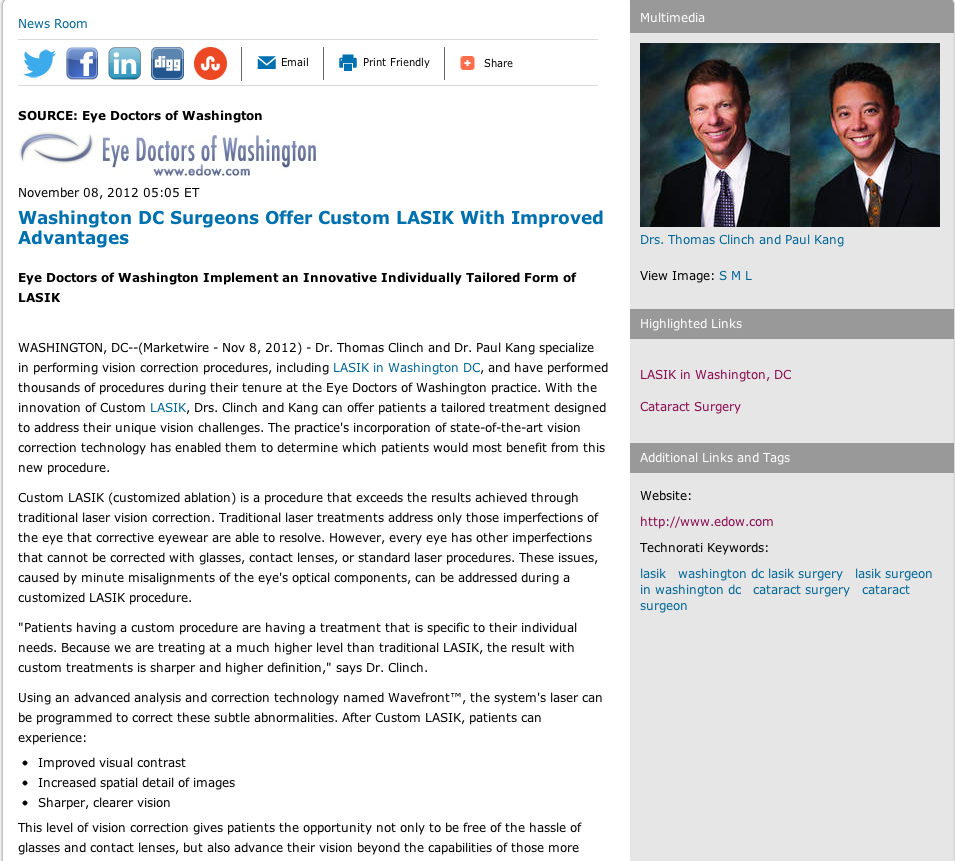 Newer posts
Take our online Cataract self-test
Are you having the onset of cataracts? Trouble night driving?
Contact Us
Let Us Know How We Can Help!
schedule an Appointment
pay my bill
provider Portal
(301) 215-7100